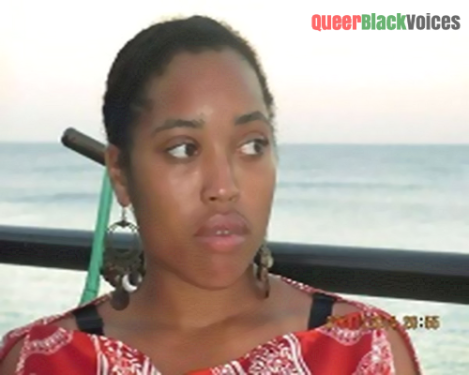 I’ve been writing what I’ve affectionately dubbed “cuil fiction” for 15 years now. It’s a genre that I created and that I hope will catch on with others. What’s different about my writing is that it pushes the bounds of traditional literature, combining semi-autobiographical tales with explorations of philosophy, relationships, queerness, surrealism, absurdism, and different worlds.

My project, called The Cuil Effect Project, contains nearly a hundred interconnected works that deal with all sorts of things ranging from existential crises to consent culture to science. There are currently 21 books in the project all full of queer people and relationships. Many of the themes relevant to my own life (asexuality, race, diversity, sex positivity, aromanticism, polyamory, and LGBTQIA+ matters) are ever-present fixtures in the books that I write. And virtually every single relationship depicted is completely queer!

I compare and contrast, I stress the importance of communication, and I’ve developed an entirely new way to write about sex, communication, and trauma that I’ve never encountered in other works or mediums. But what makes the project so unique is that overall it is my personal journey. Writing is how I saved my life, worked out questions I had about the world, and how I was able to start on my healing path.

I am a character in my works, as myself, and eventually the project will culminate in a rather unconventional autobiographical adventure. Though it will be set in a fictionalized setting I will be writing about very real events in my life that shaped who I am today. I am demisexual, genderqueer, kinky, Black, aromantic, sapiosexual, atheist, polyamorous, a relationship anarchist, differently abled, singleish, a survivor, pansexual, and probably a few other things I’m forgetting.

I am romance-repulsed and intimate friendship is my highest ideal, whether it involves sex or not. I created aromantic language for passion that has nothing to do with NRE [new relationship energy]: ecstatic love, rapturous love, and resonant love. They each describe different types of gradual and powerful experiences that actually grow with time instead of fading within a few months or years.

I have never seen people like me represented in media and that is one of the reasons I started to write. I wanted stories for all the people who were never represented elsewhere.

I want to create a new way to write about relationships, sex, abuse, consent, and sexual diversity in fiction that is sexy, real, and unexpectedly surprising. I want to show that communication, sex, and erotica doesn’t have to be cheap, meaningless, romantic, or contrived to be engaging, uplifting, and arousing. There is so little healthy, thorough information on these subjects out there, especially in fiction (even those that purport to deal with polyamory or LGBT topics are rather limited in scope).

And to get a little more personal, I’d like to share my experience as a queer Black female-bodied individual: To be a queer Black polyamorous female-bodied person is seen as an offense to all that is right with the world. To be one with a high sex drive, who writes erotic stories, who sometimes goes by a man’s name, is quite dangerous indeed. To be a Black woman with her own sexual agency and autonomy is regarded as just plain disgusting and ungodly. To be aromantic and demisexual on top of all that is literally unheard of. Black women are much more likely to be objectified, marginalized, and abused physically, sexually, and mentally.

And despite the remarks written in More Than Two [a guidebook for polyamorous relationships] about those who’ve been abused, this in no way diminishes our ability to recognize healthy boundaries. Not all survivors of abuse are the same. If anything, it makes us all the more sensitive to boundary violations. It’s actually the other way around; those who don’t have healthy boundaries to begin with are more likely to put up with the abuse for a longer period of time, to not recognize certain actions as abusive, and to believe they deserve the abuse. The rest of us develop more awareness of what we can and cannot handle, of who is likely to be an abuser, and are quicker to notice red flags and get the hell out of there. You don’t survive long by putting yourself in danger when you know better.

Additionally, abusers can only take advantage of weaknesses that already exist. But for Black women it is not any individual failing that makes us more prone to being the victims of abuse. No, our weakness is tied into our blood, woven there by history itself. It has been embedded into the deepest corners of the society and culture that surrounds us. The toxic ideas that fetishized, demonized, and dismembered Black women’s bodies still exist. Yet just as there was a lack of recognition for atrocities committed against blacks and women for so long before, there is still a lack of recognition for the ways these atrocities are still expressed today.

The polyamorous and non-monogamous communities have largely ignored the added dangers for people with bodies and desires like mine. They claim that polyamory has no business being considered part of the queer community at large because white poly people tend to have only ever experienced social ostracism at worst for practicing their non-monogamy freely.

They don’t realize that we can lose custody of our children for being seen as unfit mothers. They don’t understand that it is common practice in the Black community for Black women to be passed around amongst groups of male friends. They don’t realize that we are more likely to be sexually, verbally, and physically assaulted for being non-monogamous as well as for being queer. There is corrective rape to try to “cure” lesbians and poly women. The poly community wants to tout honesty as invariably being the best policy without realizing that being truthful with someone who intends to hurt you or who is hurting you can get you killed.

The mainstream poly community doesn’t seem to know any of this. Instances of abuse that they actually do hear of are only seldom discussed. There is a reason why the poly community can hide so many abusers. It’s the same reason the Black community is so opposed to female non-monogamy. It’s because it carries with it many of the same assumptions about love, commitment, and race as the monogamy most of its adherents have come out of. They may have dropped the idea that they can only love one person to whom they must be sexually loyal, but they have not moved too far beyond that. There is no critical examination of the very structures that uphold our cultures’ ideals of amatonormativity: of pair-bonding, family formation, cohabitation, romance, and marriage in the first place.

There is no critical evaluation of romance, polyamory, and non-monogamy. There is only advice, some basic research, and parties. The community is so concerned with finding dates and learning compersion that issues of gender, intimate friendship and aromanticism, emotional maturity, autonomy, queerness, economics, and race are left to drift in the margins. When mono people become poly they bring all of their baggage with them. The focus isn’t on changing the very landscape of their minds but on simply extending their existing frameworks in slightly different ways. In this way, most poly looks simply like monogamy+.

And often when polyamory is brought up in the Black community it is with a strong patriarchal bent. Black men are especially controlling of Black women’s sexuality, and fucking another man is very often out of the question. If the woman is allowed to be non-monogamous it is usually only permitted with another woman, with his permission, and with his participation. Yes, that whole notion of unicorn hunting is somehow even more insidious and twisted in the Black community.

Even when we’re not facing the threat of physical or psychological harm, we are faced with people of other races who would rather (even if it’s unintentional) date their own race. If we manage to find a white person, Asian, Hispanic, Indian, or other who is willing to date us (and not simply as a fetish) then we are further ostracized from our own people. We have betrayed our race by dating outside of it. The pure vitriol of being an outcast for having a mixed-race child or for sharing your home with a white man or for only dating Asian women is astounding. The sheer amount of hatred directed at us is ridiculous.

But you don’t, and won’t, see this acknowledged, studied, or understood by those who are creating the content that the current poly generation is now reading.

Poly people say it’s all about love. Everything in the literature and news so far is geared towards that. But there are some very important aspects and perspectives missing from the discussion. And in the years since the free-love age, I have yet to see anyone with the ear of the community discussing any of it. And it’s eating us from the inside out.

This is a worldwide problem and it has serious implications for non-monogamous communities as well. The assumptions and lack of insight into how people treat others is embedded into polyamory so deeply that our literature has to revolve around how to humanize your partners and even your self! People are so used to treating one another as property, especially romantic partners. That is what jealousy, rule-making, and strict limitations are all about in the end. That’s not okay. We could and should be doing so much better.

For some of us, our lives depend on it.

I run my own blog at www.cuileffect.com to share information about my stories, my philosophy, and my life. I also run www.postmodernwoman.com with Louisa Leontiades, bringing much needed intersectional discussion to the poly community. I’m also helping out with building www.queerrelationships.omeka.net, which provides examples and advice for non-escalating and alternative relationships. The link for my list of works is www.smashwords.com/books/byseries/4181.

QueerBlackVoices was created to help raise the visibility and solidarity of Black people of color who openly identify as part of the LGBTQ+ spectrum. Embracing the culturally rich tradition of communal storytelling, QueerBlackVoices is a platform dedicated to the collection and distribution of biographical narratives from out and proud Black queer-identified people. View all posts by QueerBlackVoices